The Booch is Back!

What is the best part of this photo of my little home office? 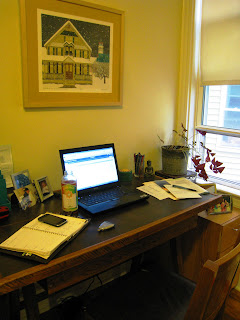 If you guessed:
a) The adorable pics of my boys,
b) the beloved iPhone,
c) the treasured Sabra Field print,
or d) the computer with properly-oriented screen, you would be close, but no cigar.

The best part of this photo is the gorgeous, icy-cold bottle of GT's Synergy Kombucha!!! 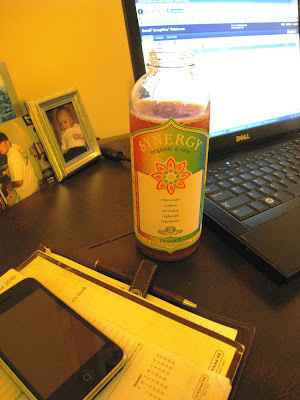 GT's Kombucha was recently pulled from the shelves for months after random testing showed a higher-than-legal alcohol content, much to the devastation of their loyal fans.  However, the Booch makes its triumphant return this month and joy is in the air.  When I first saw the new display at Whole Foods, I literally yelled "YAY!" out loud (fortunately, this is the least of the weirdness going on at the Cambridge Whole Foods, so no one seemed to really care). 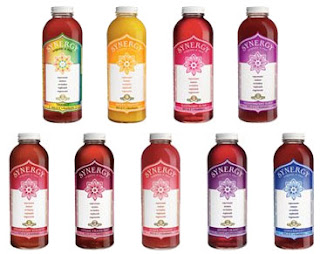 Hello, my pretties.
I've written of my love for Kombucha here before, and even was lucky enough to do a giveaway with GT's last February, so it is no surprise that I was heartbroken when this massive recall happened.  I adore Kombucha and insist that you run out and try it if you never have before. Kombucha is a living culture of beneficial microorganisms, containing active enzymes, viable probiotics, amino acids, antioxidants and polyphenols. Drinking a bottle gives you a pleasant energy buzz and an overall feeling of well being.  Downing a bottle in the afternoon also keeps you feeling full and energized for hours at only 60 calories a bottle, so it helps you sidestep that dangerous 3pm low blood sugar moment which often leads to unhealthy snacking and other mischief.   As I've mentioned, I'm in the midst of a period of travel that requires I keep high energy up at all times, not get sick, and generally remain at peak performance level all day and night.  I can't think of a better time for the return of the Booch.  Hooray!
Posted by Mama J at 11:00 AM

Email ThisBlogThis!Share to TwitterShare to FacebookShare to Pinterest
Labels: Health