DO Try this at Home, Volume 2: Healthy Recipe Hat Trick

Happy Wednesday, and welcome to another guest post from my lovely friend, Angella (check out Volume 1 here). This week, our intrepid newbie home cook braves a trifecta of SMJ faves and lives to tell the tale...

*****
I have a newfound respect for bloggers…living a full life and then finding time write about it! I had a good week and conquered (read: beat into submission) THREE SMJ recipes this week: Ina Garten’s Perfect Roast Chicken, Shutterbean’s Reset Button Salads & SMJ’s Chicken Tortilla Soup. I almost feel like I need to take the next week off cooking. 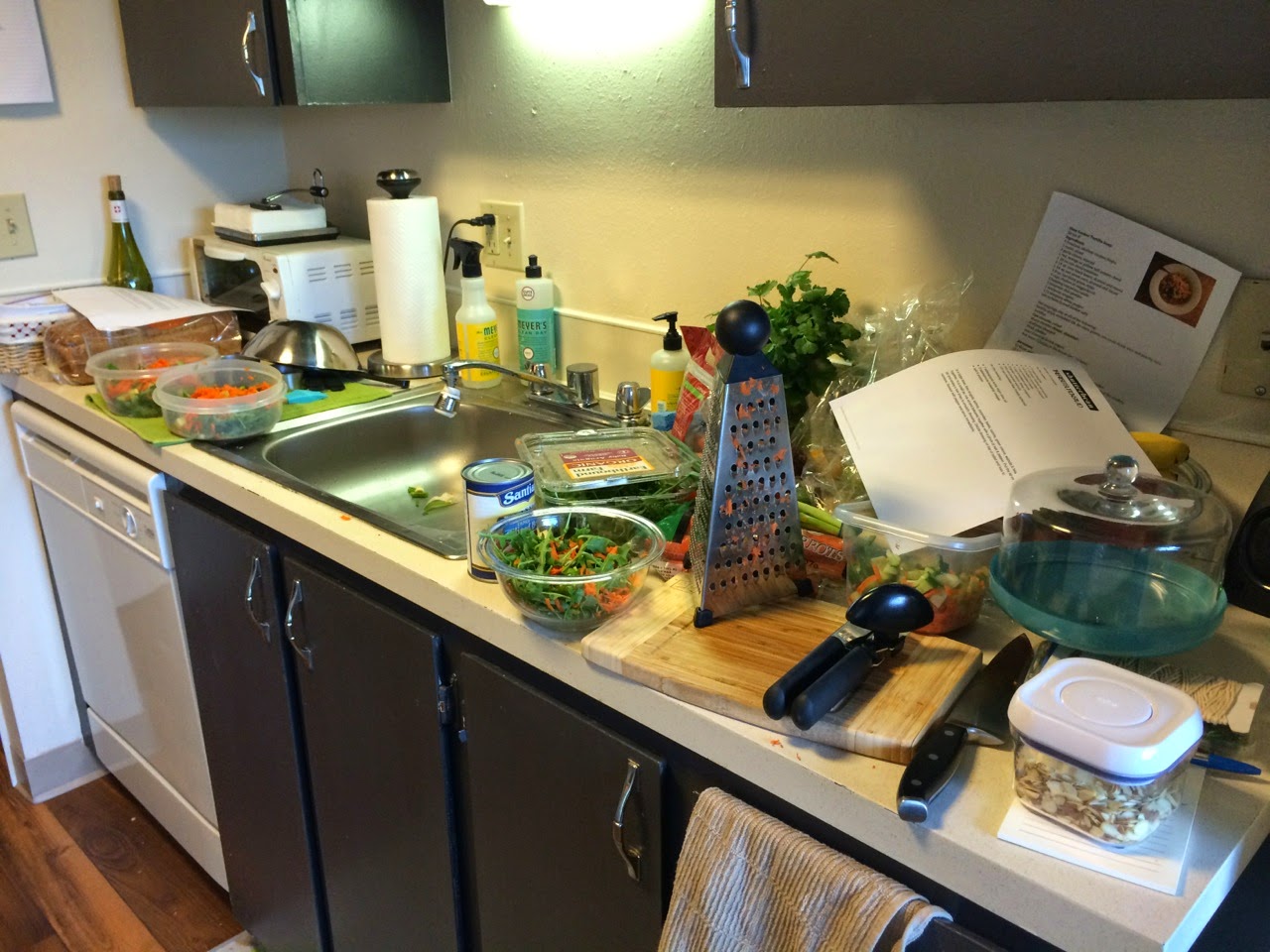 But first a big announcement: I have finally switched to kosher salt. I still can’t tell you WHY one should use kosher salt but it makes me feel extremely superior (to my former table-salt-using self.) I pinched kosher salt on everything this week and it was awesome. Not for how it tasted (I can’t tell the difference) but for how it felt using it (except for when my hands were wet…then it was extremely annoying.) I seriously can’t believe it took me this long to make the switch.

Now, I am not entirely new to roast chicken, but I have been on a mission to nail it the last few months. I am embarrassed to admit that I love the roasters you can buy at the grocery store 10 minutes before dinnertime. It’s the smell that makes me forget that they have been sitting under the heat lamp all day or wonder how old the cluckers were before they were roasted. Embarrassingly (again,) however, it’s the ever increasing price that has really prodded me into action. I’ve tried the beer can grilling method (and undercooked it) and the crock pot method (where I overcooked it.) Both noble methods I will reattempt in the future. But, SMJ’s recommendation of the Ina Garten method has lured me back to the oven.

I watched Ina’s video and then rinsed, dried, stuffed and trussed my bird. I melted the butter on the stove (instead of zapping it in the microwave) and used my new kosher salt and was feeling rather proud of myself. Then, I attempted to fold the wings under. After several failed attempts, I washed my buttery hands and re-watched the video. More failed attempts, more hand washing, more video watching. I thought I was going crazy. Ina made it look so simple: yoga for chickens. Come on! Finally, I realized my chicken legs were pointing to the left, Ina’s were pointing right. My brain just couldn’t cope. Eventually, I got those little suckers under. By this time, however, I had to melt more butter and re-coat the damn bird. I would never curse Ina, but I thought about it.


The bird came out GLORIOUS! 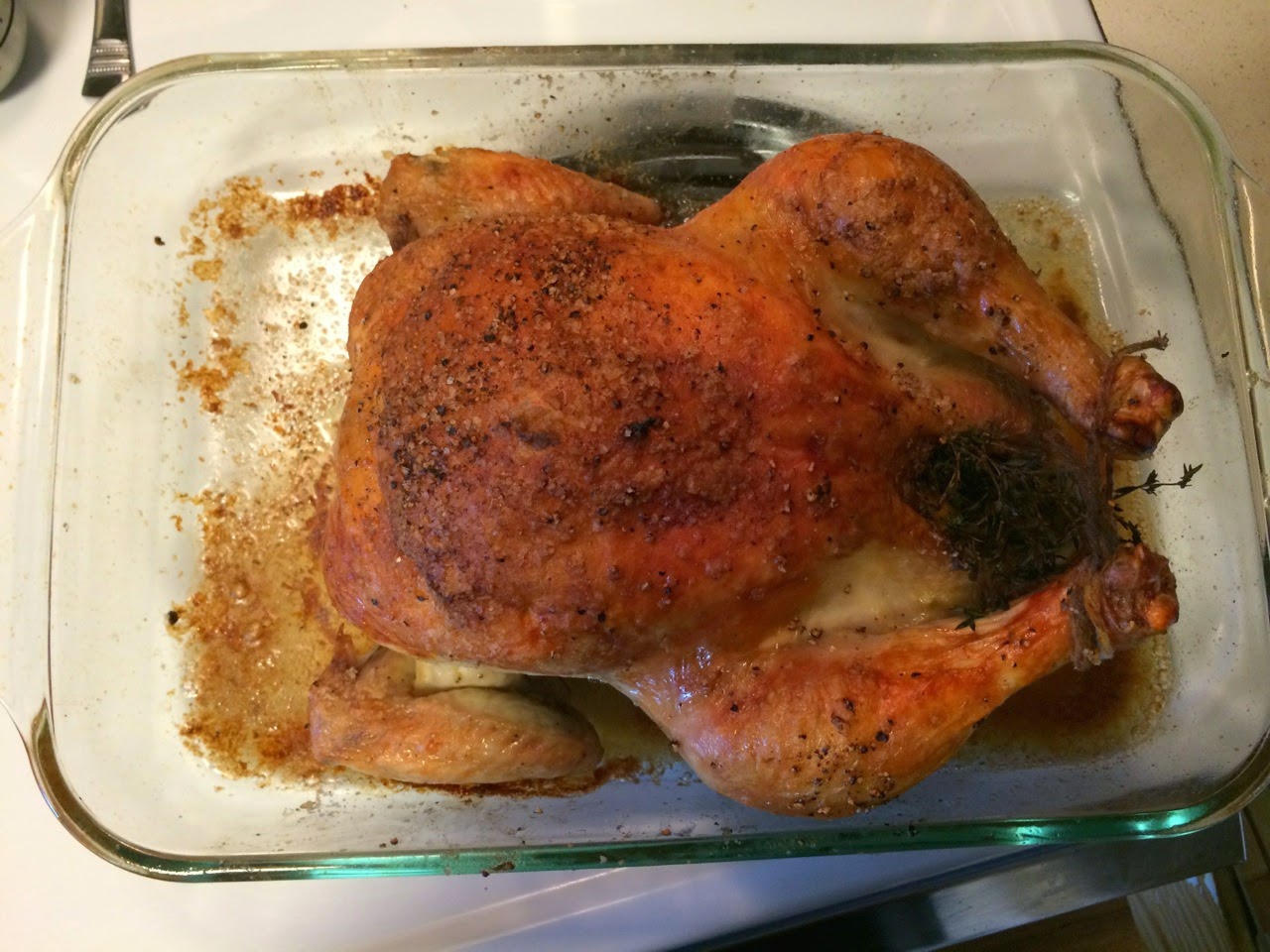 I was so excited to serve her up with wild rice and asparagus then save the leftovers for burrito bowls the next day. 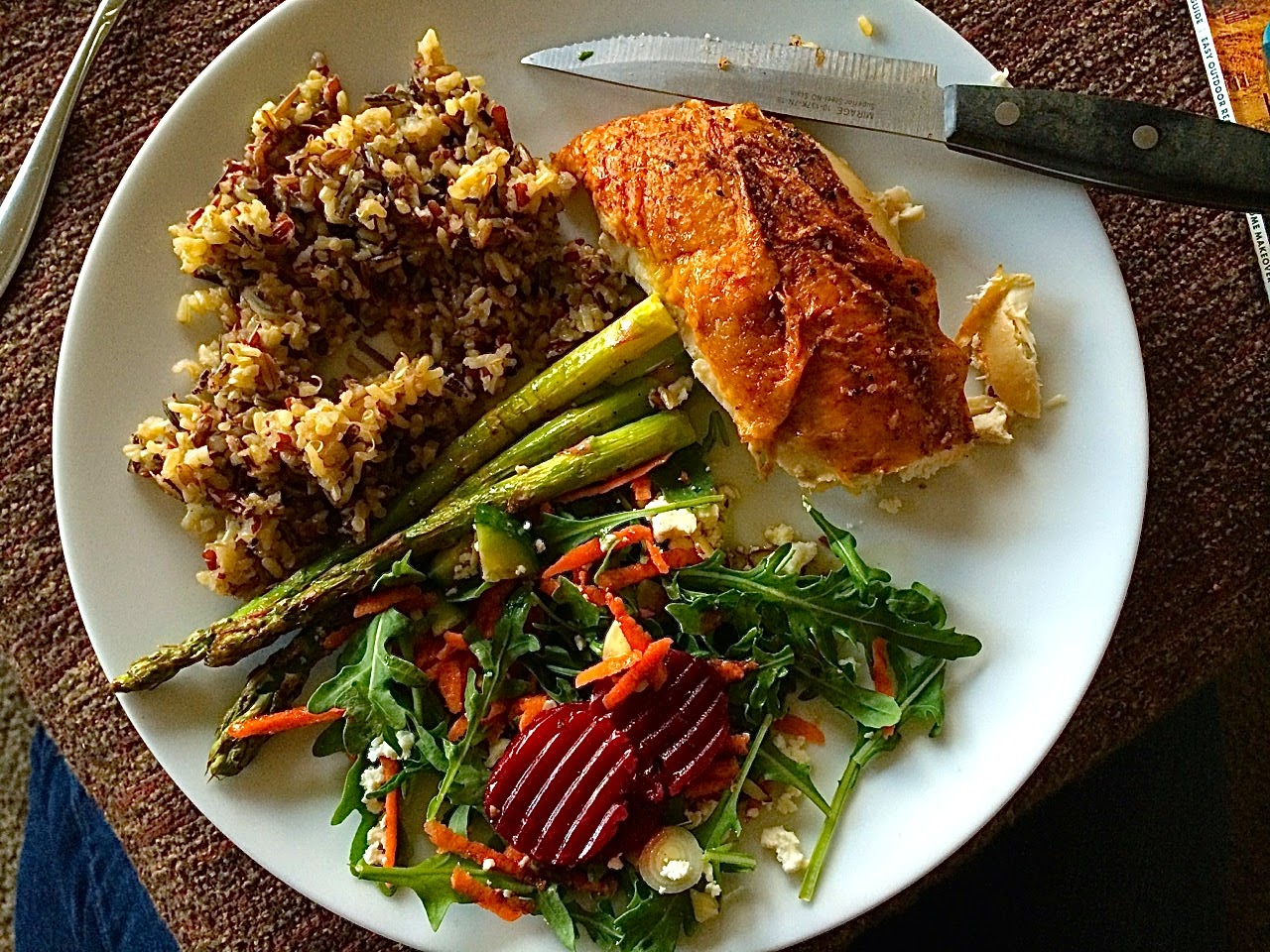 Move over Martha! What I wasn’t prepared for was Mike’s post-cycling appetite. He seriously ate the entire chicken. All of it! I suppose we (SMJ, Ina and I) can take that as a compliment.


While the chicken was in the oven, I proceeded to make three portions of Shutterbean’s Reset Button Salad for my weekday lunches. Here’s another example where I actually committed to following the recipe – down to the red quinoa which I had never had – and was happily rewarded! 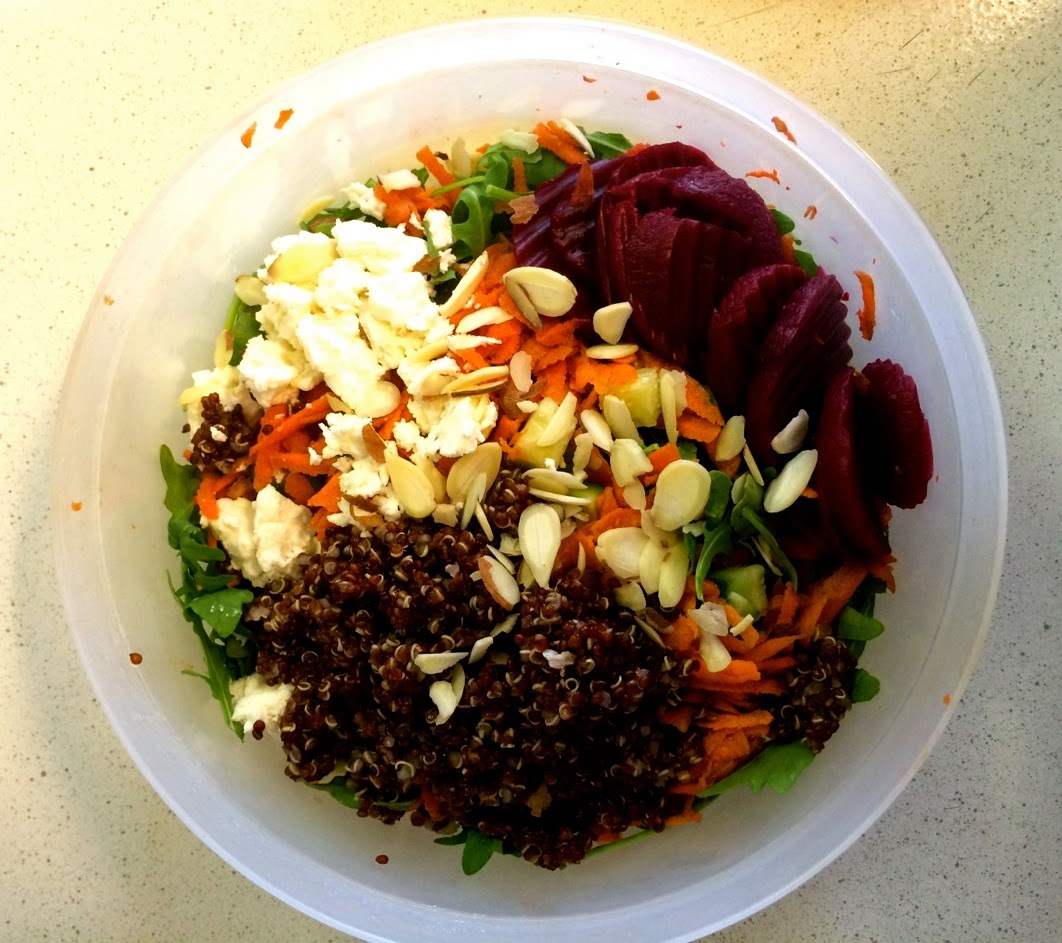 I was a little worried about making the salads ahead of time even though I kept the dressing separate, but the arugula bravely stood up against becoming soggy. The feta, beets and quinoa really made this feel like a meal and it was GOOD! I highly recommend it…especially while on a picnic with a loved one! 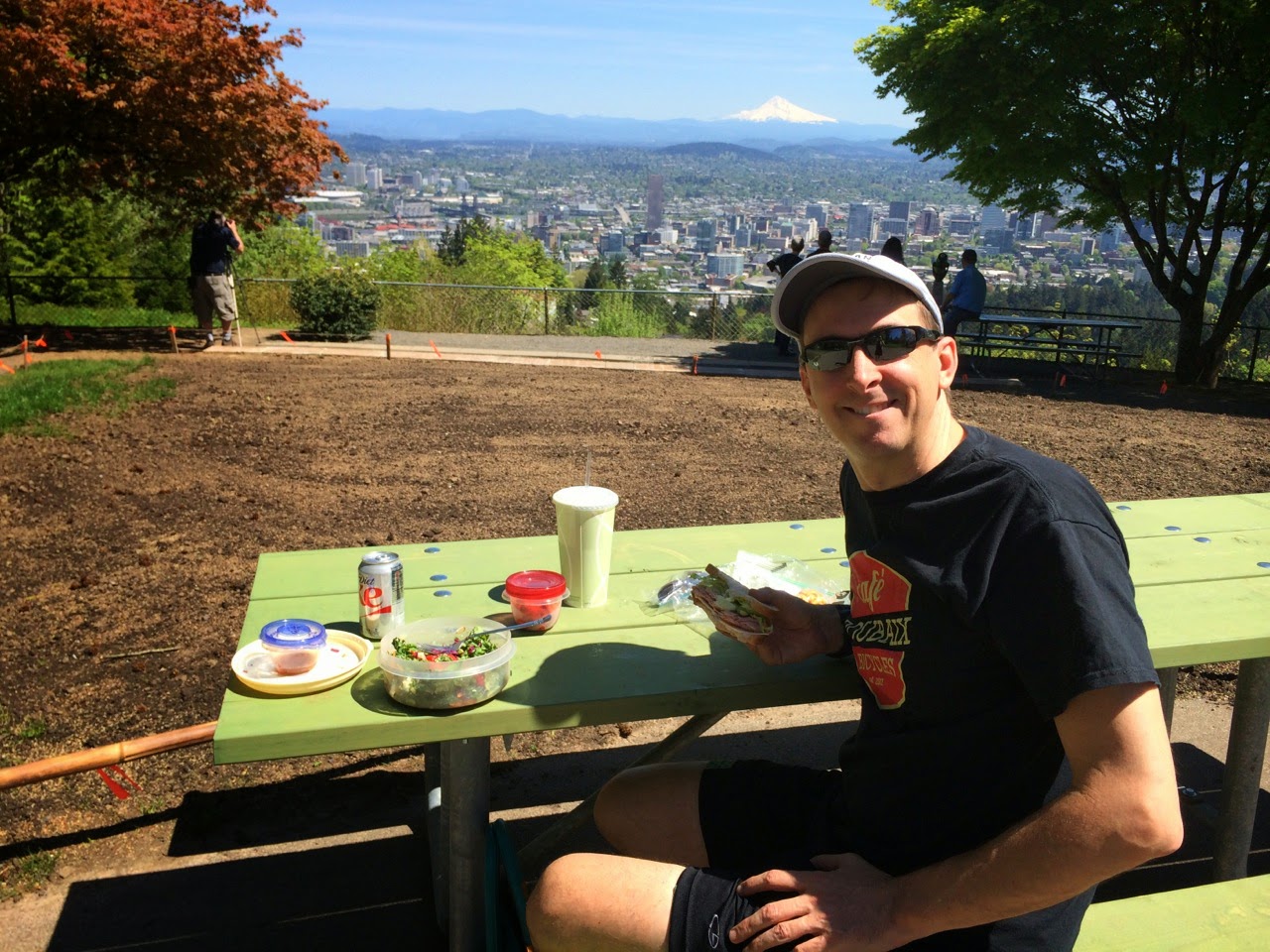 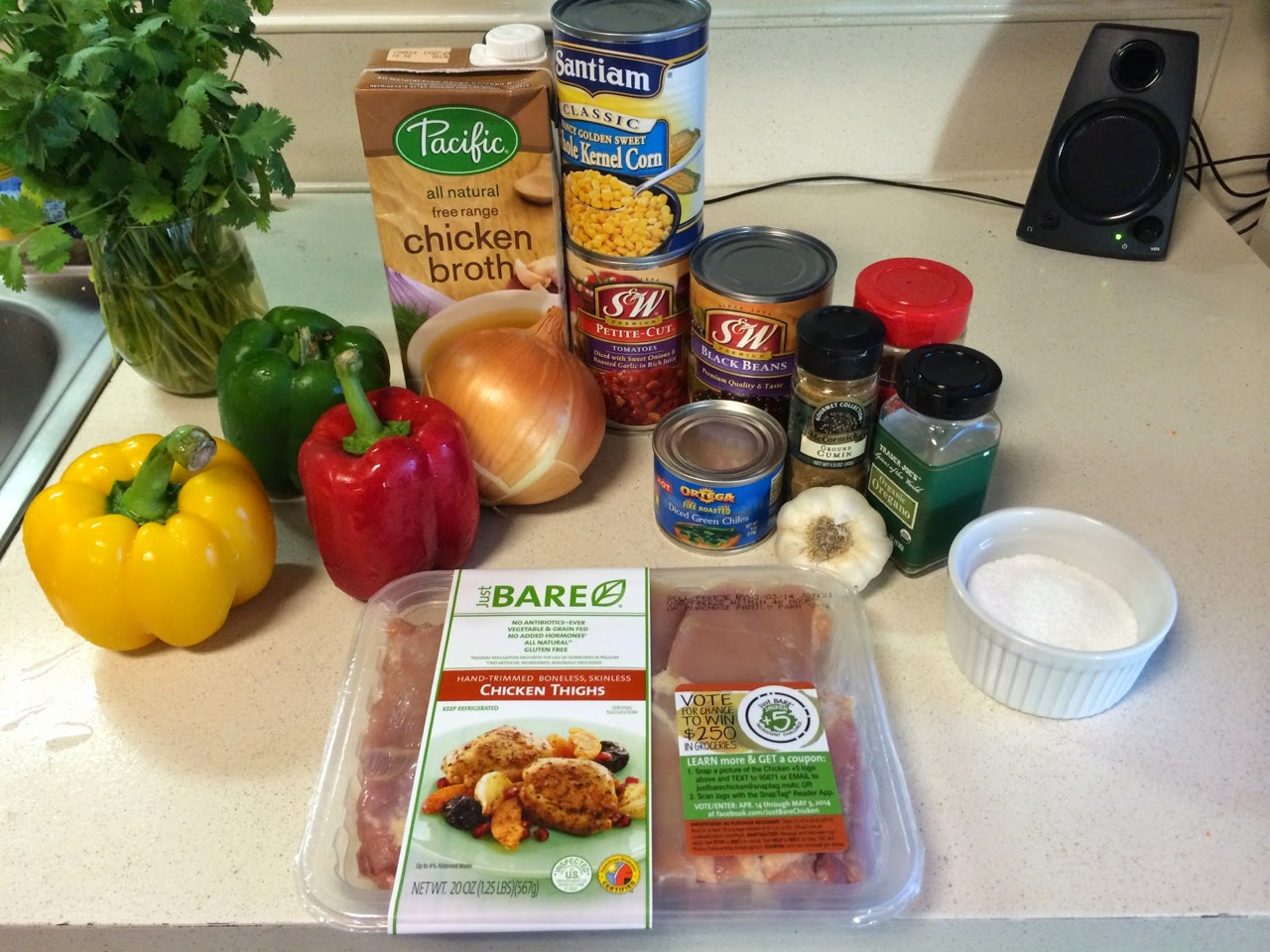 Coming home Wednesday night, I could smell the soup from the bottom of the stairs leading to our apartment. God bless the slow cooker. The soup, of course, was amazing and only got better with time. 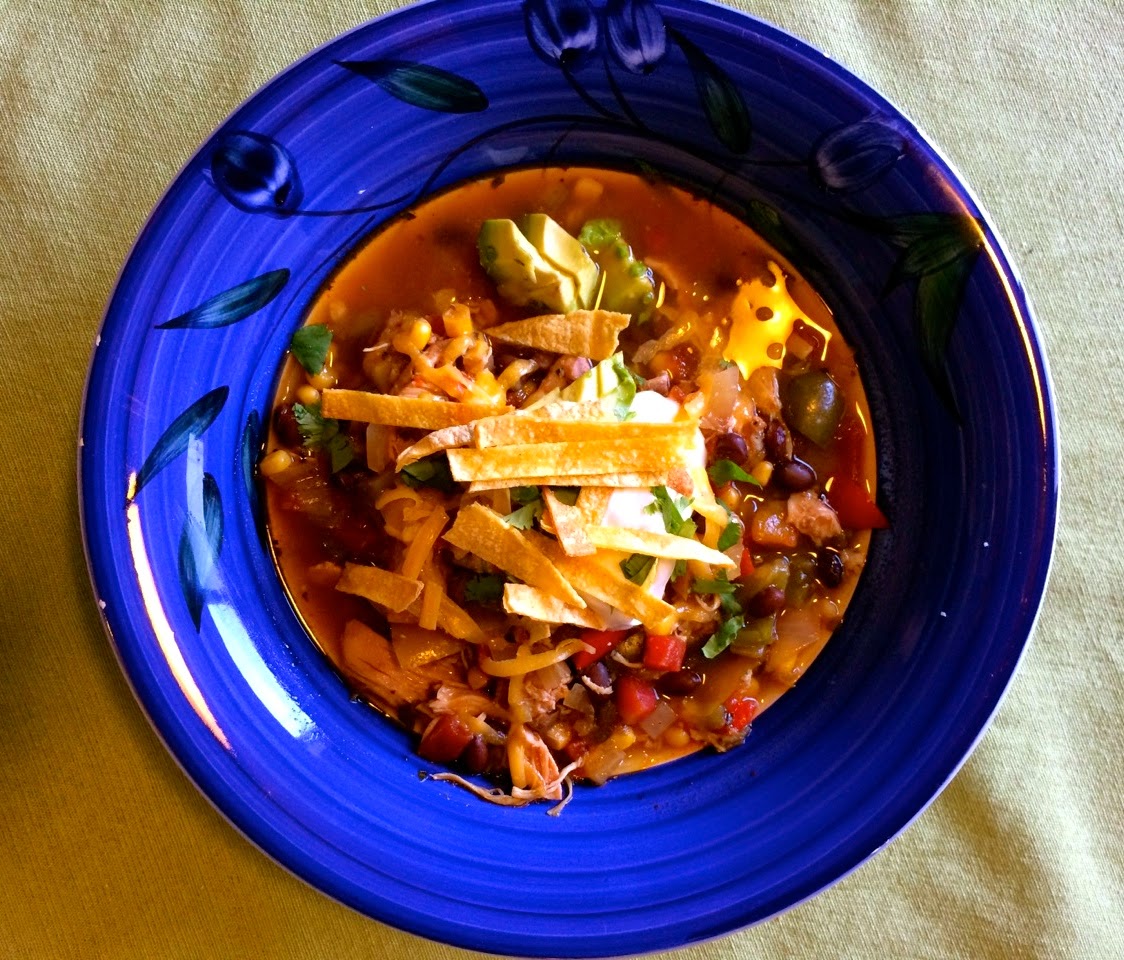 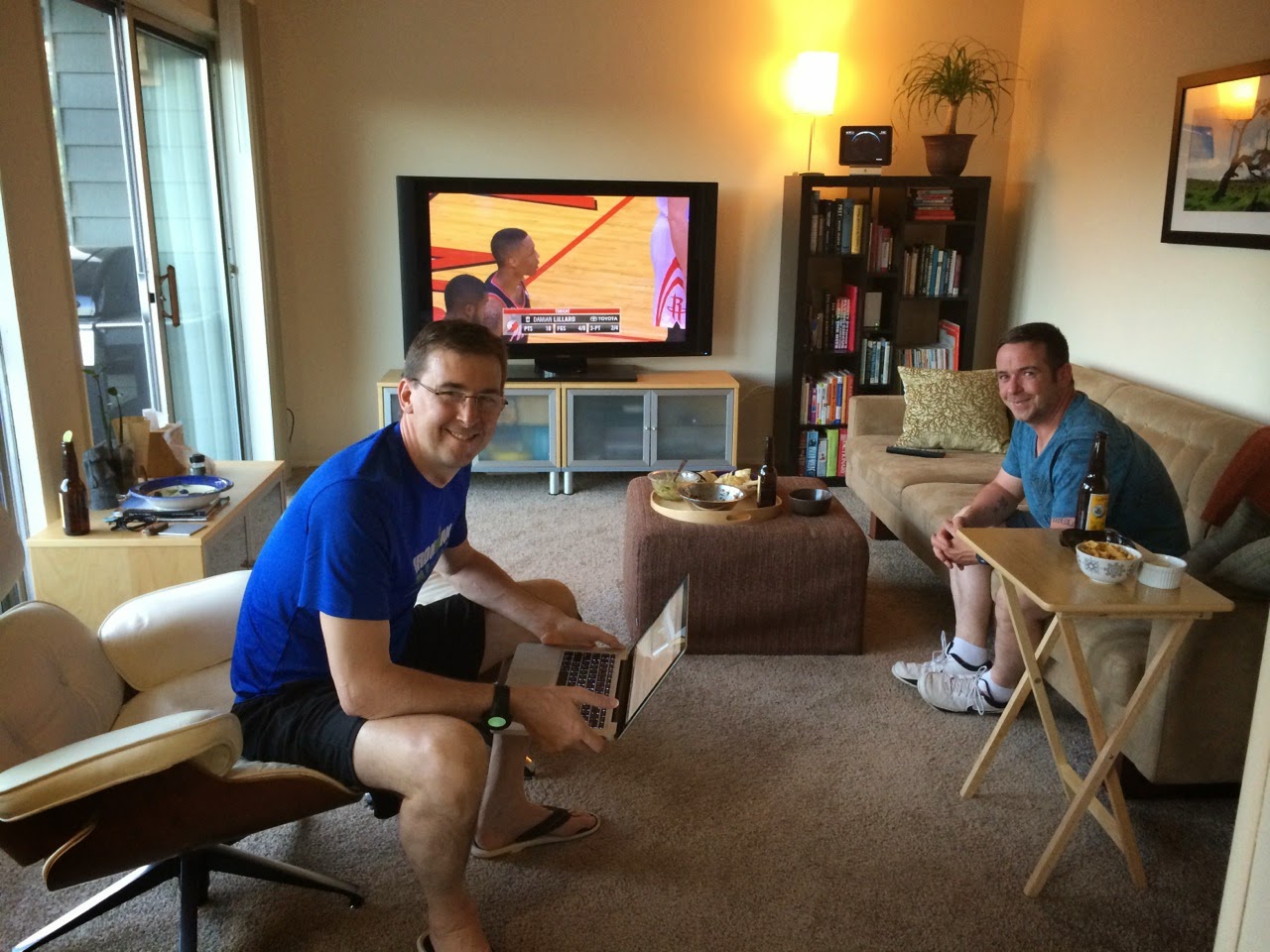 This week coming up I want to cook something Thai inspired - a la SMJ’s Thai Lemongrass Beef. I’m currently having an affair with Kaffir Lime Leaves. And I’m going to attempt the Celebration Chocolate Cake for Mother’s Day. Thanks for holding my hand while I further cooking education, SMJ & SMJ devotees!

*****
Thank you, Ang!
I love the post-cycling dude taking down an entire chicken, although I'm sorry about the foiled burrito bowl plans. It's a lot of fun to see these recipes take shape in someone else's kitchen in real life.
More from both Ang and me soon!
xoxo
Posted by Mama J at 3:04 PM